Dancing by the Light of the Moon 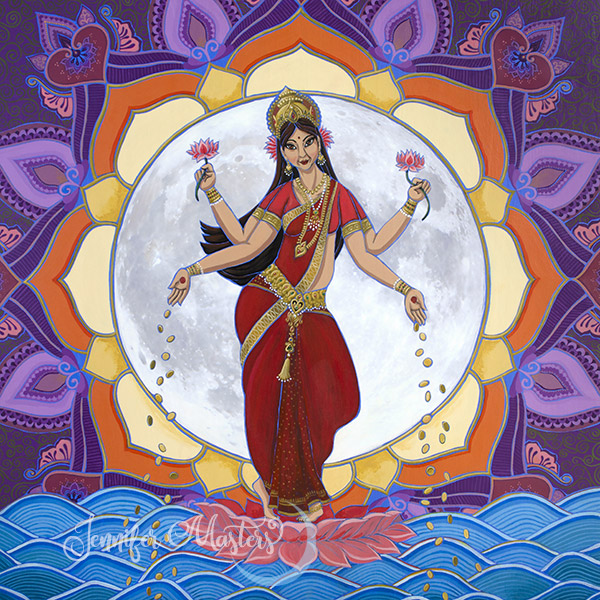 Lakshmi, the Hindu goddess of prosperity, abundance, wealth, and beauty. She was born of the sea and is often depicted with the Moon (representing her brother). I wanted to do something less traditional, and went with a more illustrative look.

Prosperity in motion—I got the vision Lakshmi needed to be dancing, rather than her normal seated or standing position, and I felt really strongly about it. As a dancer myself, I knew that in Indian classical dance forms, every pose, every hand gesture, had meaning, and I didn’t want to ignore that. I also wasn’t sure how inappropriate a dancing Lakshmi might be (there is still a cultural climate in many parts of the world in which dance is associated with prostitution!). So I researched Lakshmi herself and the cultures she originates from, spoke to a few ladies from India, and researched Indian dance. I figured out which was considered the most feminine of dance postures, and from there, I discovered she is already depicted in this particular posture in many statues and images! I had just never noticed it before.

This painting was created for Beatrex Quntanna’s annual workbook, Living by the Light of the Moon, and her “Year of Prosperity” wall calendar. 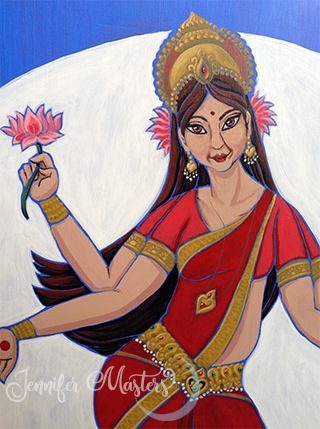 This was painted with acrylic on Birch hardboard. I set out to depict the Moon in an abstracted way, but I’m glad Beatrex suggested I take it further—I digitally added the Moon you see in the finished art for Beatrex’s covers, and I love the result. The original painting felt incomplete after living with the cover art, so I later painted it in. The initial plan was to crop the finished art for the cover, so I had painted the large mandala around her to give me plenty of space to decide how to crop it later. Only later, we decided it was worth using the whole image.

The dance posture, called Tribhanga, comes from Odissi, a dance style I initially zeroed-in on because it’s the form represented in traditional Indian sculpture. It consists of three bends in the body, creating a sensual S-shape. I tried it myself standing in front of the mirror, and it takes a lot of balance! 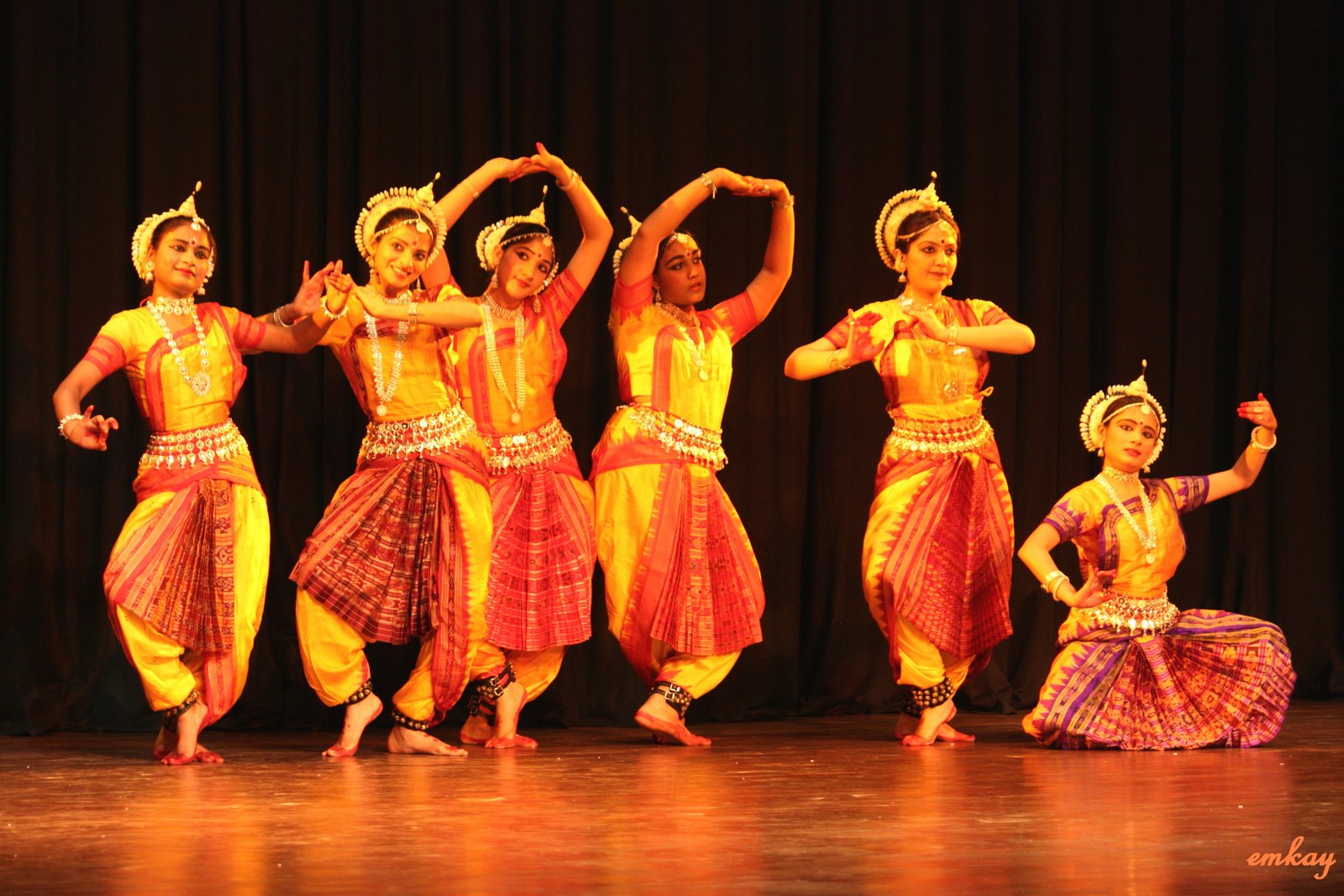 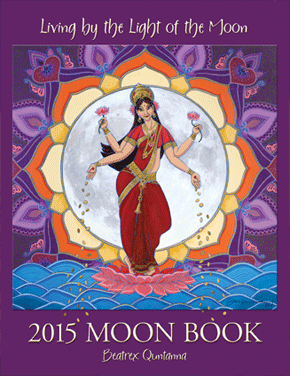