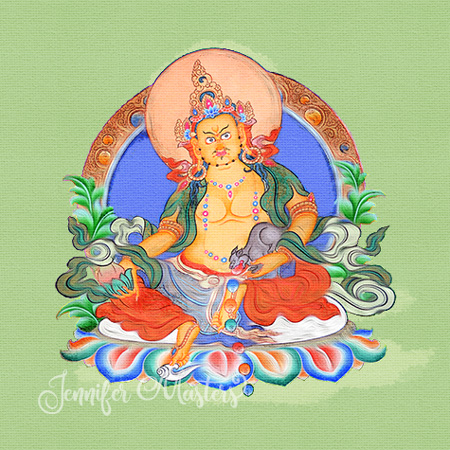 Inspired by the teachings of Beatrex Quntanna about generosity and prosperity, I began exploring Tibetan Buddhism and Buddhist art. The imagery is loaded with symbolism, and the art is meant to be copied as its own form of spiritual study. For this Buddha I digitally painted over a photograph I was given permission to take, at a Tibetan Buddhist monastery, of a traditional thangka painting.