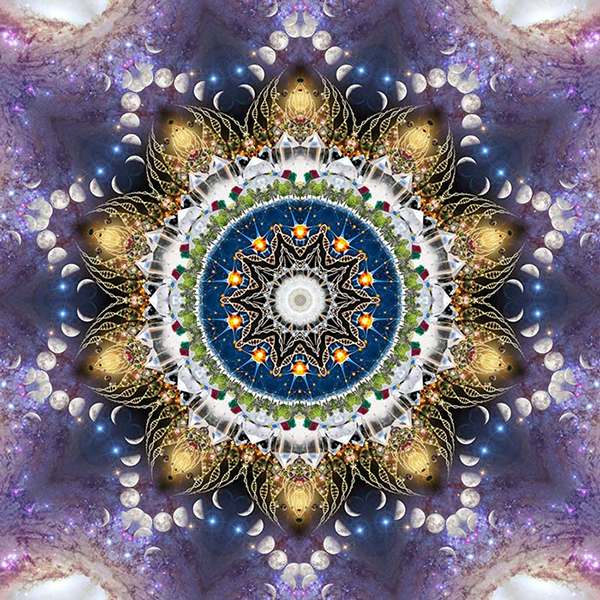 Are they kaleidoscopes, mandalas, or portals into another universe?

Setting out to work on Beatrex Quntanna‘s annual calendar and workbook project, the theme would be “The Year of Illumination” rooted in the Tibetan Numerology of ’11’, but meditating on 11 left me with a big creative blank. That is, until Beatrex talked about how the number 11 encompasses vastness, the totality of everything, portals, and the birth of new universes upon universes … and it hit me, like a “Big Bang!” I got it. The circle, spiral, and infinite repetition became my visual themes. I spent time researching fractal designs, kaleidoscopes, and mandala art. The word mandala comes from Sanskrit, meaning disk. It is a representation of the cosmos.

I created the main kaleidoscope/mandala/portal/universe images digitally in Photoshop, before they ever began incorporating ‘symmetry’ tools into the software (that might have been handy!). I used the stars of our Universe, along with the building blocks of everything, like spirals of DNA and the Elements (earth, air, fire, water, and aether/spirit) throughout all the designs.There are 13 designs in total, the cover art encompassing the theme of ‘illumination’, and the rest thematically based on the zodiac symbols and corresponding concepts. With ‘the totality of everything’ as one of the concepts I was working with, I also used bits and pieces of the imagery from all the editions of Beatrex’s Living by the Light of the Moon I’d had the pleasure of working on to this point, so there may be bits one would recognize from previous publications.

Each mandala came with its own evolutionary process—it took me time to pull together all of the pieces, with the final picture only emerging into being at the very end. I hope you enjoy exploring them as much as I enjoyed creating them.

See the series
Purchase a print 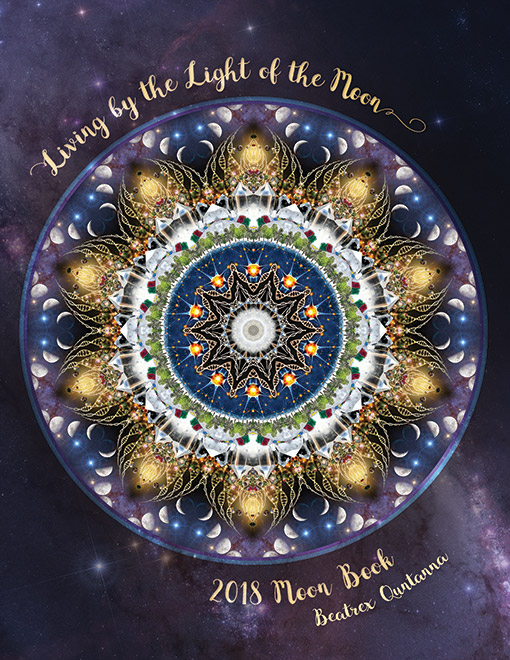 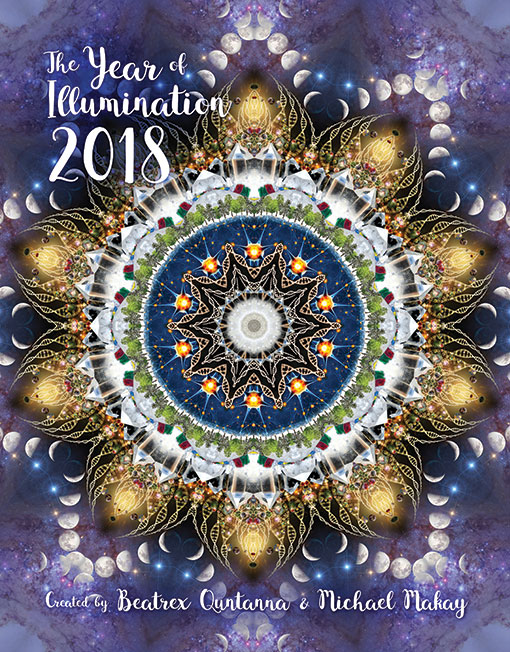 Back to Graphic Design